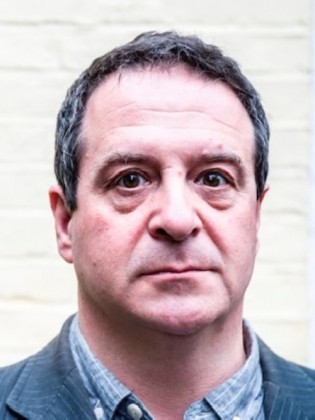 Join Mark for one night only in the Museum of Stolen Things, the first ever pop museum of the nicked. The price is a fiver BUT you have to bring along something stolen to show us to get in. So with your help we will collectively create our museum, in a kind of anarchist version of the Antiques Roadshow.

You bring anything from a bookies pen to The Scream by Edvard Munch, be as creative or as pedestrian as you like.

We will be running a drop in evaluation service from 3pm at the Museum for anyone who wants to have their stolen items appraised but can’t make the show.

The show is a recording of Mark’s new podcast “Brit-ish” in which he explores our institutions, culture and history in a valiant and possibly vain attempt to find out how the bloody hell we got to this state.

Mark Thomas has been going a long time, won lots of awards and will be filching Mark Steel’s identity for the night.
Terms and Conditions.

*Anyone who does not bring along a stolen item will not be admitted and we will keep your fiver.
**All items will be returned at the end of the show unless we like them.
***The Museum of Stolen Things is only 3 minutes walk away from the British Museum.

THERE ARE A LIMITED NUMBER OF SEATS SO BE QUICK! 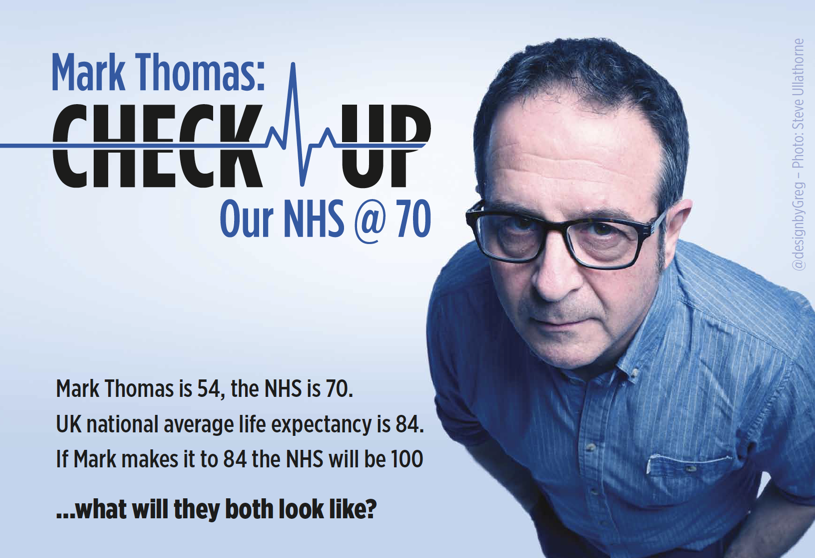 The Edinburgh Fringe season of the show starts soon and later in the year there is a London season at the Arcola Theatre.

This Sunday at the Tron, Glasgow sees the start of Mark’s upcoming show:

Bloody hell we’ve only gone and done it!

Amidst  juggling visas, flights, rehearsals and touring the preview show this has been a hectic time and this is the first chance I’ve had to sit down take a deep breath and reflect on the project.

It has taken 4 years to create “Showtime from the Frontline” from the inception of the idea to the arrival of the performers onstage in front of an audience. Every step of the way has been worth it for us because it has been a brilliantly illuminating and challenging journey.

Our team set out to teach a comedy course in a refugee camp in the West Bank town of Jenin. Some of our students had been through the Jenin Freedom Theatre school and others had never performed before.

Our students – like all students – talk about what they know best, their family, their society, the pressures they feel and the forces they come up against. Our job in Jenin was never to tell people what to say but to teach performance techniques to help articulate and present their experiences in front of a live audience.

We are hugely proud of both what was achieved in Jenin and of this show here, in the UK. We delight and celebrate the freedom of expression throughout the show and its challenging of oppression in any form be it social and familial expectations, the Palestinian Authority or the Israeli occupation.

We believe we have created a joyous, uplifting and unique production that places the voices of young Palestinians centre stage.

At the risk of repeating myself I can not properly tell you how proud I am of their work.

We hope you enjoy it. Salut!

Full Llangollen festival line-up is now on their website here

Mark doesn’t often make it to this part of the country so it will probably sell out very quickly! 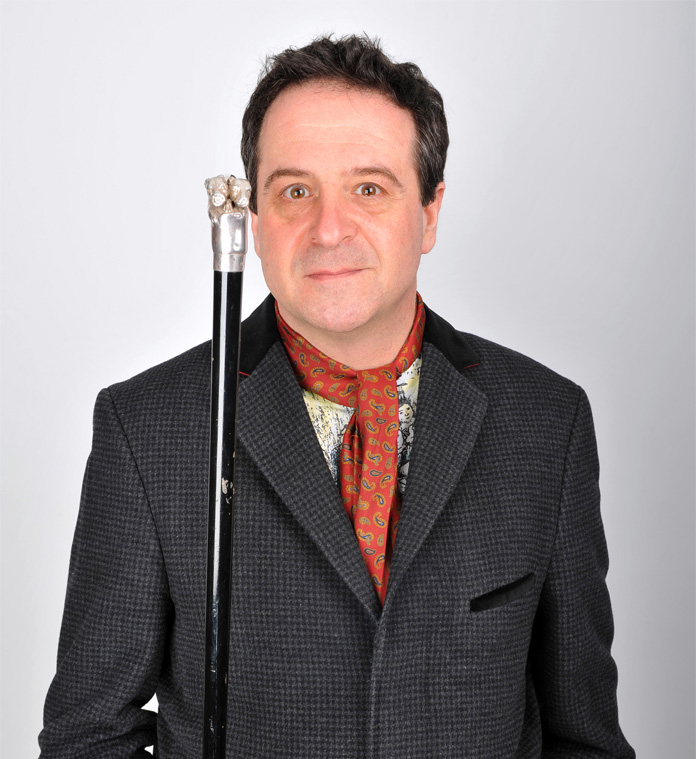 Few predicted the events of the past year.

Mark sets out to find what the future has in store for us by asking the audience what their predictions for the future are, creating a fantastical, hilarious and sometimes accurate vision of the world.

This show is all about gambling on the future.

Based along the lines of his 2011 show ‘Manifesto’ Mark takes suggestions from the audience to create a snapshot of the future.

The early “work in progress” version of the show is already booked in at the usual venues through July 2017 and all are already on the gigs page here.

Just in – new tour dates for spring 2017 including a week at Battersea Arts and dates around the UK including Scotland, Salford, Sheffield, Newcastle, Taunton and many more – the full listing are found on the gig list.  Plus we have stocks of the programme/script for Mark’s latest show, “The Red Shed” in Mark’s online store. In the store you will also find Domestic Extremist tea towels and aprons and now you can get a matching T-shirt from our friends at Philosophy Football.

Five years ago I meet a remarkable woman called Jess Thom. She got in touch saying she had Tourettes and would she be OK to come along to see my show Walking the Wall at the Tricycle Theatre. Instinctively and to be honest with little thought I said she would be welcome.

How wrong I was.

Jess does have pronounced tics and verbal outbursts, which are often funny, creative and beautifully absurd. However, some people in the audience objected to her ‘outbursts’ and complained to the theatre staff in the interval.

Her response was as brilliant and inventive as her utterances. She wrote a show called Backstage in Biscuit Land, celebrating her condition and how people react to it. The show is imaginative, beautiful and different every time. I can not recommend it enough.

Backstage in Biscuit Land is on at the Battersea Arts Centre

Find out more about Jess and the show here: http://www.touretteshero.com

My response has been less creative and frankly less useful but I hope is valid nonetheless.

Where possible I try and organise relaxed performances of my shows. The relaxed performances encourage people to come to the show who may have learning difficulties,behavioural issues and syndromes such as Tourettes. There is a short speech at the start of the show to explain that the performance takes a relaxed attitude to noises, interruptions and fidgets, in fact we welcome it. Lighting plans and sound cues are changed to lessen any sudden or shocking change, there is an area set aside for people to leave the auditorium but stay inside the theatre and if they want to return they are welcome to do so.

There are many things we do to try and make the show accessible and welcoming for everyone.

I was delighted that Jess came along to my last show at the Tricycle theatre and the first half became a memorable and surreal double act with her. The show was one of my favourites of that year.

I am also delighted that Trespass returns to the Tricycle with a relaxed performance on the 4th of May.

There is a surtitled performance on the 27th April for those who are hard of hearing.

The Edinburgh Fringe is underway and Mark is performing the Trespass show nearly every day this month. Show starts at 5pm for an hour In the Dissection room at Summerhall.  See the tour dates page for all future shows way out into 2016, there are still a few more to be confirmed but hopefully Mark is coming somewhere close to you.

In other news we have added the ability to pay by credit card in the merchandise store and you now have a choice of whether we use first or second class postage.  Please let us know if there is anything else we can do to make your life easier on the site.

New tour dates for March/April 2016 now on the Gigs page including Dublin, Glasgow and Barnard Castle. I doubt the sites have the tickets on sale yet but just so you know. Still about 6 dates left to confirm, will post here when they are definites.